Hey everyone, I forgot to post this yesterday, mainly because I actually added this as a permanent page on the site, which you can access any time from the sidebar of the homepage. I’ll be updating it intermittently, but as promised once a month I will post them on the site so you can all see what’s changed and what’s stayed the same as award season progresses. The September version of these predictions can be found here. Here are my predicted nominees as of October 1st in all non-short categories at the 2020 Academy Awards:

Current tally (more than one nomination):

With the start of the fall film festivals, awards season is officially upon us! For someone like me, who gleefully obsesses over correctly predicting the outcomes of the Oscars every year (I was 16 for 24 last year, I can do better), this means initiating the first step: correctly predicting the nominations. It’s important to keep in mind that it is still very early. We still have five months to go until the actual ceremony, and three months of qualifying film releases left in 2019. So what, you might be wondering, are these predictions even based on? The answer is three things: “Buzz” (whatever the hell that means), gut feeling, and blind guessing.  I’m going to be posting an updated version of this list once a month between now and when the nominations are announced on a January 13th, 2020 live broadcast. A LOT can change between now and then, with under-the-radar releases surprising everyone, box office troubles or triumphs, and most importantly, what happens at the many awards ceremonies that are seen as Oscar success precursors (SAG, WGA, PGA, DGA, etc.).

This list was very hard to narrow down. When I began I had 22 films listed under Best Picture, and a minimum of 15 under each of the acting categories. But this list isn’t about listing every single possible contender in each of the categories, it’s about attempting to accurately pick what the nominees will actually be, so some difficult decisions had to be made. I was also thrown a few curveballs here and there, like discovering through some research that it looks like Tom Hanks might be competing in Supporting Actor instead of Lead for A Beautiful Day In The Neighborhood (which seems ridiculous), but in these instances I placed them where it seems most likely that their names will be submitted, not where I think they should be. Also worthy of mention I think, is that this is not the list as I think it should look like (I certainly hope Gerwig and Heller get Director nods), this is simply my best prediction of what the nominations will be. As time goes on I’ll be adding the rest of the categories, probably starting with Cinematography, Editing, and Score. But for now, here’s the list: 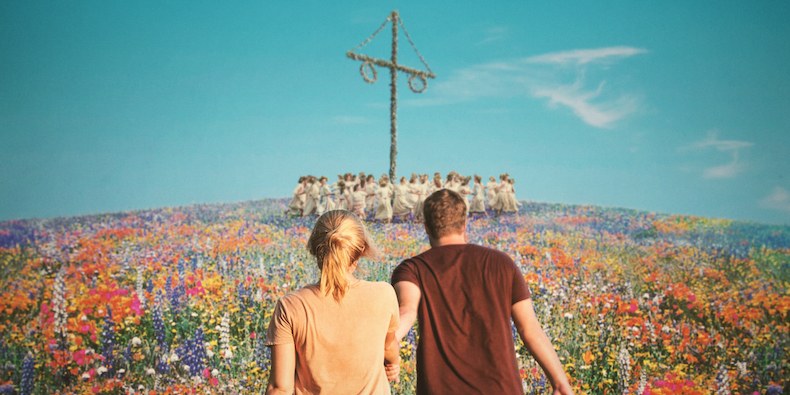 The start of July marks the halfway point of the year. I wanted to take a look back at what kind of year 2019 has been so far for film. At the end of each year I compile a list of my favourite films of the year and do my own personal awards, complete with nominations and winners in specific categories. For the mid-year review, we are going to do exactly that as if the year were ending today. I’ve included two films that technically came out after the halfway point, but I had seen them before I finalized this list and I couldn’t help myself from including them.

And now we get to the awards. The official 2019 version of these awards will be taking place in January of next year, but I thought it would be interesting to take a look at what these awards look like now, that way we can compare and contrast and see what’s stood the test of time at the end of the year. If you’re interested in seeing last year’s nominations and winners, they can be found here and here.

The Nominations
In keeping with the format I used last year, I will be breaking the nominations down into the following 6 categories: Best Picture, Best Director, Best Performance By An Actress, Best Performance By An Actor, Best Screenplay, and Best Cinematography, with 5 nominees in each category (except Best Picture, which gets 10). At the end of the year I may decide to revamp this format, separating lead/supporting performances and original/adapted screenplays, and possibly adding the Best Editing category, amongst others. Here are the nominees:

Best Performance By An Actor

Best Performance By An Actress

The Winners
For the official awards the nominations and winners will obviously not be announced simultaneously, but since this is just for fun and we’re only working with what will likely end up being less than half of the films I’ll see this year, I think we can go ahead and jump right into the winners. The winners of the 2019 Mid-Year Film Awards are:

And there we have it! 2019 is off to a relatively promising start with a small handful of films that I absolutely adore, and we don’t even have to look ahead very far to see that this year still has a great chance of being a special one for film. In the next two months alone we’ll be getting The Farewell, The Art of Self Defense, Stuber, The Lion King, Once Upon A Time In Hollywood, Luce, Them That Follow, Blinded By The Light, and Good Boys, amongst others. And fast-forward to the end of the year where we’ll be getting titles like Ad Astra, A Beautiful Day In The Neighborhood, Ford v. Ferrari, Joker, Parasite, Zombieland: Double Tap , and my personal most anticipated film for 2019’s second half, Greta Gerwig’s Little Women. And that doesn’t even really scratch the surface! You should revisit my 2019 Most Anticipated Films post if you’re curious what else is still set to come out this year.

Thank you all so much for checking out this post. Still to come, I’m going to be doing a 2010’s Decade Retrospective. Two posts a month from now until the end of the year, each one focusing on one year of the decade and examining all the notable films released that year. Should be fun! I’ll also continue posting periodic film reviews. No set schedule, just whenever I see a film that I feel compelled to write about, it’ll get posted here! My Twitter is located on the sidebar of this site, following me there would be the best place to get notified when a new post has gone up. Any feedback is welcomed and can be left down below or tweeted at me. Thanks again for reading and I hope you’ll be back!

My name is Scott, I live in the suburbs of Toronto. Alert The Audience will primarily be devoted to film discussion, but there will also be posts about Books, Board Games, Television, Music, Video Games, and Baseball. You can explore these categories below.